April M. Merenda has held key positions in the tour and travel industry for the past 30 years, most notably her past position as Co-Founder and Vice President of Sales and Marketing for Gutsy Women Travel in which she contributed greatly to the growth of this niche market company designed for women's travel. Today, April is President and Owner of Gutsy Women Travel, the leading worldwide travel company of small group tours for women and their unique interests.

Ms. Merenda’s focus has always been the leisure travel market. She is highly regarded for her high energy and hands-on approach to business decisions and she has solidified major industry relationships with travel suppliers and within the travel agency community.

Continental Who’s Who recognizes and empowers executives, professionals and entrepreneurs in a multitude of industries around the world. in 2009, April Merenda has recently been approved for inclusion with Continental Who´s Who in recognition of her being a talented individual who holds knowledge and experience in a particular field; demonstrate a commitment to excellence; and continually seeks career advancement and enhancement.

Merenda, daughter of an Italian immigrant family from Naples, was born and raised in Brooklyn, and earned a Bachelors of Science Degree with a four-year scholarship for public speaking and debate at St. John’s University in New York. She presently resides in New York and recently completed her Masters Degree. In addition to being president of Gutsy Women Travel, she is an adjunct professor for Hospitality Marketing at St. John's University; she also assists in securing their students' academic internships. April also serves on various committees within her local community in Sag Harbor, Long Island. 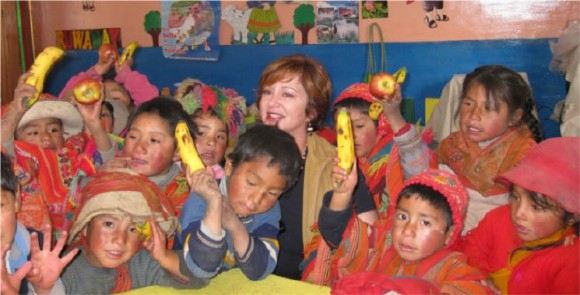